2012//NewPixarMovie//TimeOff//Writing//Julian
Been a busy year. I decided to bite the bullet and make films. I've been writing, and have several scripts  at various stages.

Before diving into a whole 10 minute plus short, I decided to shoot a trailer for one of the scripts I'm writing, in lieu of a traditional inspiration reel.

We shot the trailer in a weekend in DEC- living in Edit/Score Mix Grade right now.

Here's a selection of still used to decide on color/tones. First kick at the can. 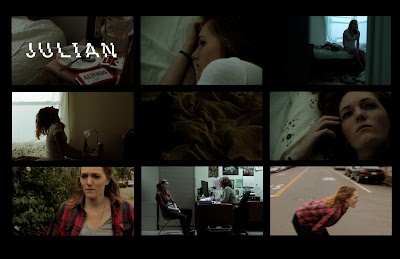 The shots look great! Looking forward to the trailer :)

I really liked this part of the article, with a nice and interesting topics have helped a lot of people who do not challenge things people should know.. You need more publicize this so many people who know about it are rare for people to know this... Success for you.....!!!

There are a lot of students who usually take Custom Dissertation Help from different educational platforms.

Thank. Your blog are doing very well. Very useful for us We intend to follow And thank you for providing great information Supports me Follow me

you have published a very awesome post. I was not reading this article but when I read it a little bit carefully then I got very interested. I have learned about this very important topic in this article. Hardly anyone wrote this type of post.
Thank You

สล็อตทุนน้อย
Thanks for a very interesting blog. What else may I get that kind of info written in such a perfect approach?
I’ve a undertaking that I am simply now operating on, and I have been at the look out for such info.

สล็อตwalletTry to be a rainbow in someone's cloud.

Ways to make a profit from online gambling sites.

Thank you for your interest.

Hello, we have a game to recommend.

Thank you for your interest."